The keynote speakers for the 7th International Conference on Mining, Material, and Metallurgical Engineering (MMME'20) will be announced shortly! Thank you for your patience.

Dr. Animesh Jha is a full-time Professor of Applied Materials Science since August 2000 at the University of Leeds, where he has spent more than 24 years in undertaking, both, the fundamental and applied research in the fields of glass, metals and inorganic chemicals (TiO2, Rare-earth oxides, alumina, and chromium oxide, and other important oxide materials) used in the energy sector. He also devotes a significant amount of time in doing research on Biomaterials and light-based diagnostics for bone, dental and bowel diseases.

AJ has served as an expert on several project review panels overseas (US, EU) and in UK (EPSRC). These details are given in the CV. AJ has published more than 200 research articles in peer-reviewed journals, presented and published more than 200 in conference proceedings, supervised 30+ PhDs and trained many post-doctoral research fellows, several of whom have become established academics, vice president and CEO of global companies. AJ has earned Fellowships of the Optical Society of America (2019), Royal Society of Chemistry (2015) and Institute of Physics (2010). He has been recognized by the OSA for training Women in STEM subjects.

AJ is also the member of the Academic Advisory Board of the Glass Futures Ltd, a centre of excellence in Glass Science, Engineering and Technology.

Topic of Keynote: Extraction and Refining of Rare and Rare-earth Oxides from Complex Iron-bearing Concentrates for Applications in Energy Devices 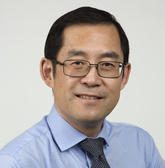 Dr. Frank Cheng is a Professor and Canada Research Chair at the University of Calgary. He is an internationally reputed researcher in Corrosion Science and Engineering of Pipelines. Dr. Cheng has authored 3 books and over 210 journal publications, with the total citations exceeding 8,100 and the H-index of 58. In particular, he published a commentary article regarding pipeline safety and environmental impact in Nature in 2016. Dr. Cheng is the recipient of numerous prestigious awards, including the Canadian Distinguished Materials Scientist Award, the Metal Chemistry Award by Canadian Metallurgy and Materials Society, H.H. Uhlig Award by NACE International, Shi Changxu Award by China Corrosion and Protection Society, Engineering Research Achievement Award by the University of Calgary, etc. Dr. Cheng is serving as the Board Director and Chair of the Technical Committee on Materials Technology of Canadian Society for Mechanical Engineering, the Chair of Task Group 521 of NACE International, etc. He previously served as the Treasurer of NACE Foundation of Canada, Country (Canada) Leader of Corrosion IMPACT Global Program, the member of U.S. National Academy of Sciences’ committee on Bitumen Transportation by Pipelines, the Theme Editor of Encyclopaedia of Pipeline Engineering, etc.